• History of the job 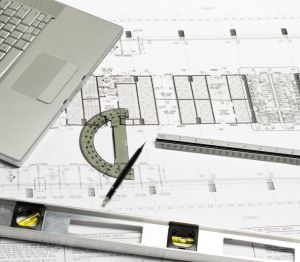 The most former activity of the land surveyor-expert.

The demarcation of the limits of the real estates was born with the very landed property. So the contemporary land surveyors-experts have of distant ancestors in Chaldea in Egypt or to the Etruscan even if these ignored air laphotographie the satellite geography and the volumetrics in 3D on computer.

Indeed, from 1700 BC was drafted a papyrus detailing the directives to measure and bound a ground.

This topographic science allowed the Babylonians to throw a bridge of 123 m of length on the Euphrates.

The Greeks also began big works. Towards 530, Eupalinos de Mégare dug an underground aqueduct of 1250 m under the mountain.Reached precision: 5,50 m in direction and 2,75 m in height. An honorable result for time to compare however with the 13,50 cm precision directional and 0,25 cms in height obtained during the digging of the tunnel of Mont Blanc (11600 m of length), in 1964. The measurement, as for him, progressed thanks to the appearance of new instruments.These perfections allowed to build, for example, the lighthouse of Pharos, a marble tower of 150 m of top.

Site of the order